What’s in a Name? The Flowering of Kingsley
Category: 2018 Event, Musical Guests, Performers 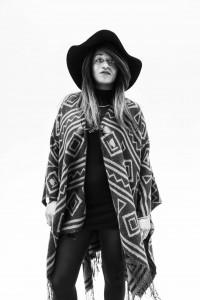 “You can be whatever name you want to be.” Hearing those words from her mother was all that it took for 12 year old soon-to-be Kingsley to take her name and matters into her own hands.

As an indie pop artist, Kingsley uses every aspect of her life, most notably relationships, as inspiration for her music. She’s not afraid to tell her story on her own terms, and finds the best way to do so is through her lyrics. Music has always been her way of processing and expressing difficult emotions, and it is evident in the songs on her new EP, I Am Because I Am.

Never letting the world dictate what she should do, Kingsley makes the deliberate choice of dabbling in different genres while always staying true to herself. The most important thing in her eyes is for people to allow themselves to “let whatever you feel come out,” be it good or bad.

Her music career started in kindergarten when she wrote her first song, about a boy in her class she liked, setting the trajectory of her current musical themes. Coming from a musically inclined family, it was no surprise that she took to music as well: She was in church choir at a young age. At age 11 she started playing the piano, followed soon after by the guitar. Her love of music continued to grow, and she formed her first band consisting of her and her sisters, called Heartfilled. She’s continued to immerse herself in music throughout college and beyond, finding true happiness.

However, following your dreams isn’t all sunshine and rainbows. Kingsley’s move to Portland
was eye-opening and challenging. In the first few months on the West Coast, she fell into a
dark place, unable to find refuge in music as she had always done. Being 2,000+ miles from
home with no support system left her feeling hopeless, and derailed her plans for a year.
Kingsley never stays down for too long though. She has found her haven once again and is
moving towards her dreams with more determination than ever. She is looking forward to being surrounded by like-minded people at TEDxMtHood and having a thoughtful dialogue about her performance and about what music means to others. 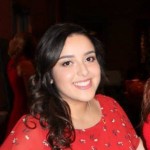 Alison is a Chicago based writer. She has written and performed in multiple shows at The Second City Training Center and around Chicago. When she’s not busy on stage or hiding away working on her writing, she can be found playing with her adorable puppy.