The home’s blonde wood walls span from floor to ceiling and the big windows allow light to pour in from all angles. There is a kitchen, a bathroom with a toilet and shower, and an open sleeping loft. Though there is not “stuff” filling it, every square inch of space is used efficiently, which adds a calming, tranquil feel to the home. And at only 105 sq. ft., there’s little room for the extraneous.

Leaving behind the extraneous is one sentiment that has led to a burgeoning tiny house movement in Portland. That movement has largely been led by Dee Williams, founder of Portland Alternative Dwellings (PAD), which offers plans, consulting, and workshops to those interested in building their own tiny house. Dee’s talk at the 2011 TEDxConcordiaUPortland (now known as TEDxMtHood) event, “Dream Big, Live Small,” makes one realize that living tiny isn’t just about downsizing one’s things, its about upsizing one’s connection to community, neighbors, friends and the outdoors.

TEDxConcordiaUPortland (now known as TEDxMtHood) adventurers met with Dee to explore a tiny house, learn about building one, and understand what it’s really like to live in 105 sq. ft.

“We look at a little house and think mostly about the structure and the logistics of it,” Dee said. “It’s important not to forget to do the harder job, of being an anthropologist on ourselves, and learning why we really want to do this.”

At any one time, there were five or six adventurers poking around inside the tiny house. Despite its small size, it didn’t actually seem small. That’s because tiny houses are designed mindfully so that there is no “dead space.” The colors and the light lend themselves to an open feel. Although the home was smaller than most American garages, it felt anything but claustrophobic.

The idea of exponentially downsizing and (gasp!) not having a mortgage has drawn many in the Portland-area to build their own tiny houses.

“People are waking up to the idea that they could be happy with less,” explained Dee. “The pendulum has been swinging toward the other direction that ‘more is better,’ and now it seems to be swinging back to the middle. People are asking themselves: ‘What is enough?’”

That’s the ultimate question behind tiny house living: how much do you really need to be happy? Does your “stuff” fulfill you? Those questions filtered through the minds of TEDxConcordiaUPortland (now known as TEDxMtHood) adventurers as they envisioned themselves perhaps living in their own tiny house.

One of the Tiny House Tour Adventure attendees, Kate Goodnight from Portland, recently made the plunge and decided to build her own tiny house. She started thinking about it last summer and then stumbled across some of Dee’s videos. Kate recently bought the trailer bed, on top of which her house will be built. “It’s a creative challenge to figure out what is most essential to you,” said Kate. “Then you design the house in a way that encompasses those things in a way that works.”

For people like Kate and Dee and many others in the Northwest, less really is more. After shedding years of accumulated things and moving to a smaller space, priorities naturally shift: there is less focus on material gain and more focus on interpersonal gain.

“This lifestyle has put me on par with some of my deepest values, like wanting to connect with others,” said Dee. “My connection to nature, friends and community: everything has changed.” 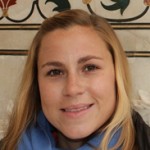