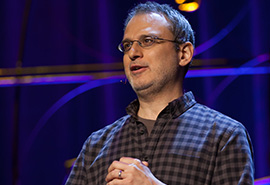 Read more about Bill on our blog.