There is nothing like being onstage, even if that stage is a small one. Musician and songwriter (and 2013 TEDxConcordiaUPortland (now known as TEDxMtHood) speaker) Stephen Kellogg has been on many stages over the course of his career, but the one that mattered most was at a steakhouse in Western Massachusetts. At the time, Stephen was working for a music promoter. He had graduated from college and he was living his dream. Sort of.

Though he had found an “in” with the music business, he wasn’t interested in the business side of things. He loved to play, and when he got a chance to do so, he took it.

“I knew I had made a good decision by how alive I felt after playing the first night. 3.5 hours of songs played to relative inattention for low money felt more amazing to me than the best work I had done in a year and a half of promoting concerts.”

Stephen soon developed a reputation for smart, heartfelt lyrics and in 2003 he formed Stephen Kellogg and the Sixers with his friends Kit “The Goose” Karlson, Brian “Boots” Factor, and Sam “Steamer” Getz. For the past ten years, the band has toured all over the country, playing large festivals and sharing stages with acts such as George Thorogood, Sugarland, O.A.R., and David Crosby. They released five studio albums including Gift Horse in 2011; however, in November 2012 the band decided to go on hiatus.

Change, Stephen says, is good. Empathy and kindness are also good. Actually, they may be the most important qualities a person can aspire to. Songwriting and the road have taught him a lot, molding his personal philosophy over the years. Some of his most memorable experiences in life took place on the road, and he loves the sights, people and performances he’s been a part of. Writing songs, on the other hand, allows him to articulate his thoughts about the world and what it means to be alive—and rocking—in the 21st century. Though he’s always written about subjects that matter to him, he now finds himself writing more about contemporary issues in America. He’s passionate about concepts of identity, normalcy, perseverance, and family. Through his songs, he embraces these concepts in an honest way that fans eagerly respond to. Of course his messages are still delivered through good, solid American rock & roll.

As Stephen embraces the new changes taking place in his professional life, he continues to follow that original impulse that led him to take the stage that first time. Over the holidays, Stephen embarked on a small solo tour, and right now he’s in the mixing stage of a new record.

“It’s the first solo album of my professional career and I co-produced it with Kit Karlson. It will be out in the late spring on Elm City/EMI and I can’t wait to share it with folks.”

Expect to hear Stephen share the story of his Velocity from the TEDxConcordiaUPortland (now known as TEDxMtHood) 2013 stage, and look forward to hearing his songs throughout the day. 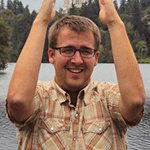