— TEDxMtHood is honored to introduce Mbrascatu as one of our 2016 musical guests. —

Let’s say it all together now: “m-brah-SKAH-too”

Excellent. Now that you know how to pronounce our name, allow us to share a bit about who we are, and tell you how excited we are to be playing at TEDxMtHood in June!

The city of Portland, which all of us in Mbrascatu now call home, is an incredible blend of influences, sounds, flavors and progressive thinking. As a band, we try to allow, nurture and further develop a similar diversity in the original music that we co-create and perform. The five individuals who make up the group come to the rehearsal room, studio and stage with very different collections of past musical, geographic and life experiences. Here’s a little history of each band member and how we all came together.

The band was founded by frontman Andrea Algieri, who grew up in Luzzi, a small town in the Calabrian region of Italy. He gradually made his way to Portland (via Florence, Mexico and New York), started gathering musicians together, and named the resulting combo “Mbrascatu,” the nickname of the grandfather who had gifted him his very first guitar many years before. The first musician Andrea began working with in P-town was John Sabestinas.

Depending on the song, the day and the vibe, John may be caught playing electric guitar, banjo, ukelele, lap steel, or any number of other stringed instruments. His childhood and musical career began in “Big Sky Country” Montana – and included fronting the band Sick Pony – before relocating to Portland. In time joining forces with this band, John has also been a member of the Future Historians, and is still a member of Sinker and Crow.

Another permanent fixture in the Mbra family, Dylan Dean first met an early lineup of the group six years ago at an open-mic competition at the Goodfoot Lounge. With roots in rural Vermont, Dylan eventually departed from the hobby farm of his birth, opting to spend two years in Trieste, Italy (soaking up the gypsy sounds of nearby eastern Europe), completing an MD/PhD program in Rhode Island, and sneaking his way into performing a few songs with the likes of Ani DiFranco and Lisa Loeb. As well as contributing the violin/viola textures that have become integral to our sound, he has played locally with Justin Jude and Toque Libre (now Saboroso).

Living in Chicago, North Carolina and Taiwan before finally making his way to the Pacific Northwest, bassist Tim Anderson has proven himself across a wide spectrum of music styles in his career. He’s supplied the low end sound for original- and cover-bands ranging from metal to blues to reggae, including Montezuma’s Revenge, Flip Flop Noodle, Pocket Hero, Spatula and Bellwether.

Our newest member, Mark Powers, meandered to Oregon from Indiana – with stops along the way in Wisconsin, Minnesota, West Africa and the South Pacific. He first made music with the group a few years ago, when he was invited to be a substitute drummer for a one-off show, which saw Mbrascatu opening for Bombino (Tuareg guitarist from Niger). Signing on as a regular bandmate last fall, Mark has also contributed to projects by local artists M. Ward, Amanda Richards, Haley Johnsen, Rob Wynia and others.

Our goal as a band is to continually integrate and mix this ever-growing array of backgrounds, interests, genres and ideas – always producing something unmistakably Mbrascatu. An indie rock edge, Italian lyrics, tight melodies, occasional world rhythms powerfully loud and raw instances that both contrast and complement equally soft and sensitive ones. We sincerely hope our music (including the forthcoming CD release, “elementi,” coming this May) conveys well these varied elements and a purposeful, yet organic, synergy.

As June 18th draws nearer, we’re excitedly bouncing around thoughts about the absolute best material to perform at this year’s TEDxMtHood. In line with the theme, which we’re sure to see intertwined throughout talks that day, we Endeavor to not only entertain, but also to inspire. Many of our song lyrics address challenges that countless people around the world endeavor to overcome every day – be they in politics, addictions, relationships, or elsewhere. We hope that our music will uplift and give every single listener that necessary boost of energy, strength, and positivity with which to pursue their own undertakings.

The “close-knit friendship and musical chemistry” are the reasons Dylan gives for why he’s involved with this project; we are indeed a band of brothers. And our little musical family is thrilled to be a part of the TEDxMtHood family and to perform at this year’s event! 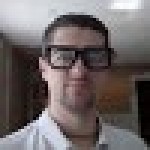