Capitalism, the economic system governed by objective laws and based on individual rights has historically resulted in a free-market. Without getting into the complex and nuanced details of copyright and patent law, people and companies in the U.S. can choose to share or hoard their technology and ideas as they see fit. However, in the contemporary free market, it is being shown that those willing to embrace open source technology are the beneficiaries of both business and forward progress.

Open source software is exciting, and Jim Zemlin, the Executive Director of The Linux Foundation and 2013 TEDxConcordiaUPortland (now known as TEDxMtHood) speaker knows just how exciting it is. A forward thinker from early in his career, Jim has done work in the fields of mobile computing, cloud computing and open source software, making him a perfect match for the vendor-neutral Linux Foundation. As the Executive Director of a nonprofit consortium that fosters the growth of Linux, supports Linux’s creator, Linus Torvalds, and provides unified resources so that open source technologies can successfully disseminate, Jim is a busy man.

“At The Linux Foundation we are working on creating one of the greatest shared resources in the history of computing,” Says Jim, “The idea of collaboration motivates me.” With 166 members, The Linux Foundation represents most of the world’s large software, hardware and communications companies. Jim is in the unique position of being at the nexus of global technology, with the background and foresight to promote ideas of collaboration in a time where R&D and closed platforms are much less cost effective than open source.

Jim has spoken at a variety of industry events, has written for BusinessWeek and Wired Magazine, and maintains his own blog where he talks about technology trends, patent barriers and business solutions as companies are hurled into the contemporary quagmire of navigating software as a retailer. With so much he could talk about, we are sure Jim will have interesting things to say about changes to come in open source technology.

For Jim, being a futurist was only a logical conclusion to a childhood that was primed for creativity. “When I was in elementary school my father brought home a personal computer,” recalls Jim, “He told us that we could play games for ten minutes or program for an hour. As kids we just wanted to spend time with this interesting new machine. Back then we would have preferred an hour of games, but now I can see the wisdom of his way.” Rather than being at the helm of a virtual story, Jim learned computers and is now an influential advocate for open source.

When he is not busy at The Linux Foundation or sitting on the board of the Global Economic Symposium, Open Source For America and Chinese Open Source Promotion Union, Jim likes being “in the zone” while rock climbing, swimming or water skiing with friends. The TEDxConcordiaUPortland (now known as TEDxMtHood) Planning team is excited that Jim will be making time to enlighten this year’s attendees on his work and its paramount importance for business and technology. 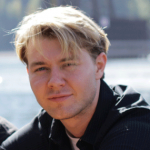