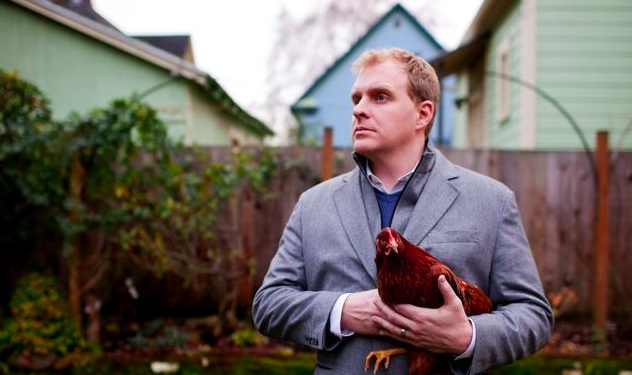 Jefferson Smith has done many interesting things over the course of his career. Among them, he founded The Bus Project in 2001, which has since grown into a national alliance that inspires young people to engage in our democracy. He served two terms as the State Representative for East Portland, and ran for mayor of Portland in 2012. Most recently, he ran the second most successful crowdfunding campaign in Oregon’s history and founded local radio station - XRAY.FM – where he currently sits as the station’s Executive Director and is the host of the show XRAY in the Morning. And on October 13th, he will step onto the stage and into the role of on-stage host of TEDxMtHood 2018.

One might imagine, given his very interesting history, that Jefferson has a lot of very interesting stories to tell. And he probably does. But Jefferson doesn’t really like talking about himself. In fact, he considers himself to be the least interesting thing in the world to talk about. Instead, Jefferson is fascinated by the flow of ideas, philosophies, and information between people, and by the effects that such exchanges might have on the participants and potential audiences of any given discussion.

Jefferson’s appreciation of constructive conversation developed over the course of his career as a lawyer, non-profit organization founder (several times over), and public servant, during which loans-cash.net time he came to believe that it is much more important and fulfilling to be interested than interesting. To that end, he has learned how to take himself out of the conversation and really listen to people – to their thoughts and ideas, their successes and failures, their gratitudes and grievances, to what they can offer, and to what they need. He now applies this skill every weekday morning as the host of XRAY in the Morning, where his job is to be a still of information: to take in and to distil the the essence of what his guests are saying, and then to ask the questions that will extract from them the details that flesh out the story they are there to tell. In doing so, he gives his listeners the opportunity to be informed and educated by a diverse array of ideas and opinions.

This preference for dialogue and deference to his audience is reflected in his philosophy about being a TEDx speaker, and also in his thoughts about his upcoming role as the host of TEDxMtHood 2018. Reflecting on his experience giving a talk at TEDxConcordiaUPortland  (TEDxMtHood’s former name) in 2011, he remembers being humbled, excited, and nervous, and says that, while he has spent his entire career speaking publicly, presenting at TEDx was unique: the thing about a TED talk, he says, is that while it is inherently personal for the person who is giving a talk, the talk is not about that person. He agrees with TED speaker and presentation expert Nancy Duarte that the person giving a TED talk is not the “hero of the story”. Rather, a TED talk is really about the audience and what they will gain from the exposure to these ‘ideas worth spreading’. As such, in his role as a TEDx speaker, he felt the weight of his desire to leave his audience with information and ideas that might be useful to them. His talk was incredibly well received, and he went on to help curate TEDxConcordiaUPortland events and has become an important adviser to future speakers.

Looking forward to this year’s event, Jefferson is happy to be back in a role that feels more familiar to him. The primary function of the on stage host at a TEDx event, he says, is to be interested in the topics of others, and to make way for the ideas that are being spread. As this year’s host, he says he will aim to be the connective tissue between the speakers, maintain continuity, focus the room, and keep the mood light and entertaining. But mostly, he will be there to highlight and hold space for the speakers and their ideas. 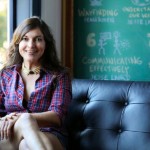 Annie Galen is an apprentice carpenter in Portland, Oregon, where she has lived since 2004. She has a colorful past that includes hiding people from the Mafia, being a cowgirl in Italy, and chicken herding, which has made her a great storyteller. When Annie is not studying for school or writing for TEDxMtHood, you can find her on her yoga mat, enjoying the outdoors in-and-around Portland, or having a beer with friends. She also enjoys long walks off short piers and creating confused silences.