Vineet Edupuganti: Why Simple Solutions are Most Effective–Even When Conducting Scientific Research

–TEDxMtHood is honored to introduce Vineet Edupuganti as one of our 2017 speakers!– If you had told Vineet Edupuganti about biodegradable batteries when he was younger, he would have been taken aback. As soon as he heard about how little … Continue reading →

Gregory McKelvey wants to inspire you to change the world through activism.

It’s a cold day in Portland in early 2016 and Gregory McKelvey is six minutes into a 90 second speech.. and the crowd is rapt, shouting approval into his infrequent pauses for breath. The time tolerances are tight for guest … Continue reading →

Adam Phillips: Practicing what he preaches: going against the grain to make the faith community inclusive for all

Inclusion. Think of the kid sitting all by himself in the lunchroom cafeteria; or the person who, instead of feeling unique, is branded weird; or the one whose minority status is thrust upon her like fetters. How might the world … Continue reading →

al·che·my /ˈalkəmē/ noun a seemingly magical process of transformation, creation, or combination. the process of taking something ordinary and turning it into something extraordinary, sometimes in a way that cannot be explained. Every moment of our lives has the potential … Continue reading →

On a warm night in June the TEDxConcordiaUPortland planning team got together on a WWΙΙ-era tugboat to enjoy homemade paella, local Oregon wine, and great company. However, this wasn’t just an ordinary planning team meeting or a chance to hang … Continue reading → 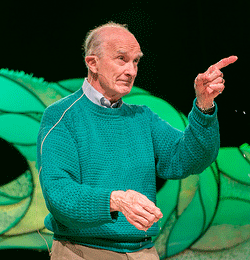 In four and a half minutes, two words magically transformed our bathroom habits forever. C’mon, you know ‘em: Shake and fold! At TEDxConcordiaUPortland (now known as TEDxMtHood) Becoming Extraordinary 2012, speaker Joe Smith delivered his idea worth spreading about how … Continue reading →

In a state with 38,000 farms, most of which are 50 acres or smaller, people in Oregon have a definite chance to develop a more intimate relationship with their farmer. As a state we’re not a complete anomaly, but the … Continue reading →

During her senior year of high school in rural Wisconsin, Jensine (Yen-See-Nah) Larsen experienced a moment of courage that would shape the rest of her life. As she broke through a paralyzing shyness, Jensine found her voice. That year, Jensine … Continue reading →

For thousands of years, Lillian Pitt’s ancestors lived harmoniously in the Columbia River Gorge, a backbone of one of the largest trade networks in all Native America. But as dams were constructed and Native Americans were moved to reservations, some … Continue reading →

When Dmae Roberts was a young woman, velocity meant rising above her lower income roots and creating a life that didn’t involve manual labor or poverty. Dmae vividly remembers, at the age of 10, the bigotry and isolation her interracial … Continue reading →