In this day and age, it would be a challenge to find someone who hasn’t heard of the internet. Some of us are quite savvy, some of us are functional, and some of us feel we couldn’t live without it. What we don’t always think about is the freedom we have in this country to publish just about anything we want on the internet. That is not the case in many parts of the world. Tom Shrimpton worked with colleagues on Format-Transforming Encryption to circumvent this obstacle. In 2014, as a result of the work conducted in 2012-2014, he and his collaborators were awarded a generous gift from Google Executive Chairman Eric Schmidt. (Tom’s student Kevin Dyer has created a website about this amazing project to showcase their work.) 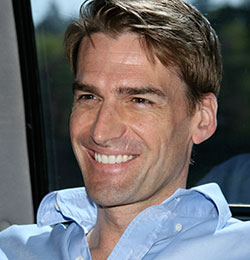 Tom is not a native Northwesterner. He spent his early childhood living in England and his high school years in Japan where he landed his first job as Prince Charming at Tokyo Disneyland. At the other end of the spectrum, his second job in life was working for the National Security Agency.

Although Tom did not choose to attend the Naval Academy or the Air Force Academy, he did submit a letter of recommendation that he received written by Senator Bob Dole. He earned his Ph.D. from the University of California (Davis) in 2004, and has been a professor in Switzerland and the US. Tom is also a recipient of a National Science Foundation CAREER award. Currently he is an Associate Professor in the Department of Computer Science at Portland State University (PSU) specializing in cryptography and in data security.

Tom has been a guest speaker around the US and has more than more than 30 publications to his credit. Some of his speaking adventures have also taken him to places like Estonia, Romania, and the Canary Islands.

Tom is not just about hard work on cryptography, with an emphasis on the theory and practice of hash functions, authenticated encryption, and other symmetric-key primitives (wow!). He is also an athlete who participates in traditional sports such as baseball, soccer, basketball, and football. On a less traditional path, he has boxed, studied muay thai, raced sailboats, and is currently obsessed with triathlon.

We’re glad that Tom’s family is currently living here, and the draw of the uniqueness of Portland lured him to the Pacific Northwest. We look forward to his insightful and unique explanations about his encryption prototype and how it fits into the larger effort to circumvent nation-state censorship of the internet.

Join us on May 2nd to hear about this fascinating topic as Tom leads us through a piece of the world called encryption. 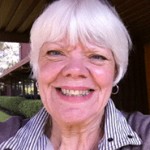 Although a native Oregonian, she left the state for 36 years—living in each of the four corners of the United States as well as Hawaii and Italy. Her life as an educator has spanned 50 years, teaching students from fifth grade through graduate school. She is a "puzzler," and loves making order out of chaos. This is her second year on the TEDxMtHood planning team.