The Gift of TEDx: Mohan Nair After TEDx
Category: News

Having spent my entire professional career working for Regence Blue Cross Blue Shield I know the name Mohan Nair very well. I know him primarily as the man in front of the large auditorium speaking to hundreds of fellow employees about the status of our company and the innovative plans for the future of it. Knowing him in this fashion, as an orator, it was eye opening to hear him discuss how his process for preparing for his TEDx talk and the experience has changed him and affected his life going forward.

His approach to TED and the lessons he’s learned from the experience are things that everyone in the business world should strive to emulate.

Public speaking is and has been a large part of his life. He’s used to standing up in front of thousands of people and speaking on any subject. He knows how to prepare a presentation for business talks and how to do them successfully. When he was preparing for his TEDx talk, for the first time he found himself with some anxiety and trepidation. He was honored by the request to speak and he knew the implications of it and what the audience was looking for. 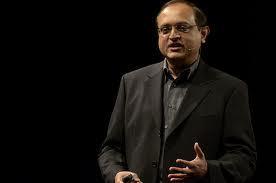 The audience of a TED talk is looking for transparency and authenticity. The more prepared he could be the more inauthentic he felt he would be. He had to dig deeper within himself to find a way to prepare for the talk in a different way. Not only was the strict eighteen minute time limit taken into consideration, he also had to find away speak in a fashion in which the TEDx audience would believe his words to be authentic.

Those who attended TEDx last year and continue to watch the video online can see that he was successful in his efforts. He spoke of business transformation in a very humanizing fashion. Those who might not be involved in a large corporation were still able to take something tremendously inspiring away from the talk. He took something extremely important away from his talk as well. 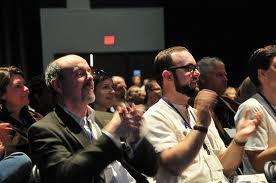 He describes his experience with TEDx as a great gift that was given to him. The process of preparing for the talk and having to get his point across in such a short time period is something that he has carried forward with him into his everyday life. He says that it has caused him to find a new harmonic as a person. He works in a fast paced and action oriented business world and he’s carried his new preparations for the TEDx talk with him into that world. He’s more transparent and authentic with those around him and he makes a point to get his message across in less rather than more words.

With this change in his attitude towards dealing with people, he says success has come his way. He’s been able to dispense with some of the normal business protocols that he doesn’t deem relevant so in his daily working life he’s more direct and upfront with people and things have been going well for him because of that. He released a book in October (Strategic Business Transformation: The 7 Deadly Sins to Overcome) and at it’s height on Amazon.com it reached a ranking of around 100,000 out of 2.8 million books. He used his message in his book to frame his TEDx talk so those looking for more inspiring words from him can find them there.

He writes to give his message and ideas to the world because he wants to affect change. He wants his ideas to be remembered, but in a very humble fashion he talks of how he doesn’t want his name to be remembered. He has no desire for a legacy, only for the world around him to have been impacted for the better by his presence here.

TED has the ability to inspire not only the audience members but the speakers as well. The gift of TED can come in many ways. It can bring the listeners closer to a goal, it can inspire someone to take a step they’ve been putting off, it can inspire someone to change the world. In this case it has inspired more transparency and authenticity into one of the leaders of one of the Northwest’s leading healthcare organizations.