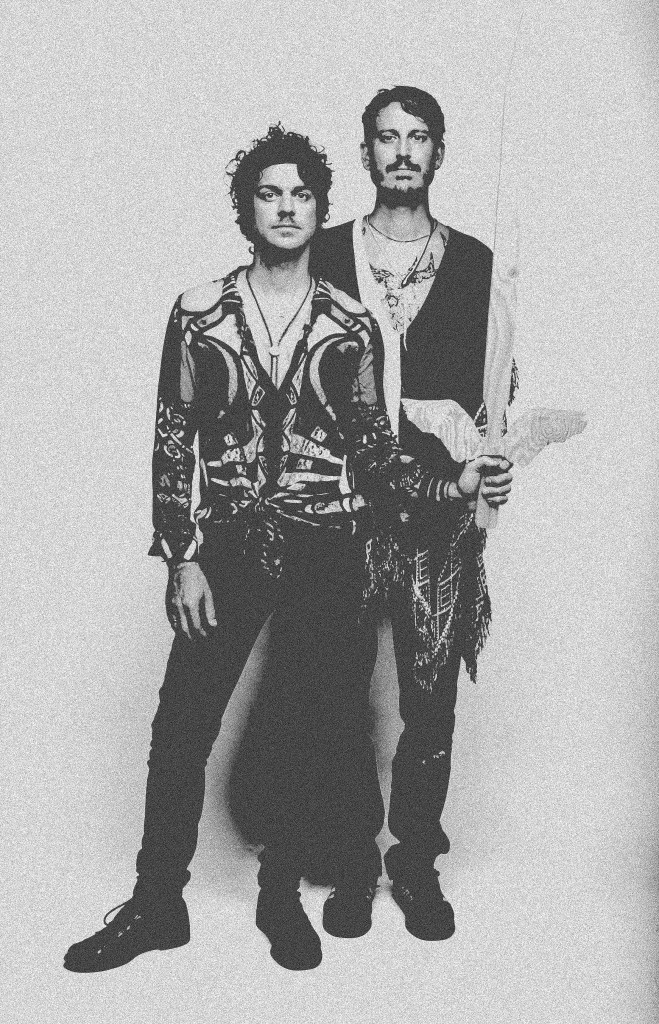 Spanning over a decade now, The Brothers Billygoat was originally conceived when I hit a very low point in my life. Instead of relying on others to provide substance, I decided it was time to turn inward and find it within myself. The stop-motion films, projected during performances, have always served as templates to organize my scattered thoughts on sexuality, gender, mythology, fantasy, and to help me arrive at my final destination: a protective matriarchal cosmos. They travel through dreamscapes and memories intending to mend the raging heart and leave one feeling contemplative yet elated. I teamed up with my partner Nick Woolley to complete these musical scores, back in 2007, and we’ve been performing and creating ever since.

Billygoat sprouted in Echo Park, Cali, with the 17 minute piece Dioscuri. We began playing local shows and eventually became involved with the Lincoln Height’s bohemian artist collective HM157. Relocating to Portland in 2009 also meant an expansion to our catalogue and The Golden Age, Sophia, Lyric, and For Lovers became new milestones in the project’s evolution.

We really have lucked out with rare opportunities and gigs in this journey: The Northwest Animation Festival, San Francisco’s Switchboard Music Fest, Kendall Concerts in OMSI’s Planetarium, a US tour with Swedish dream-pop group Little Dragon, renowned music venues and dive bars, to magical backyard gatherings. We are thrilled to return for another TEDx event. Dioscuri was written in 2007, so we will perform the “this is our late 30’s” adaptation for y’all.