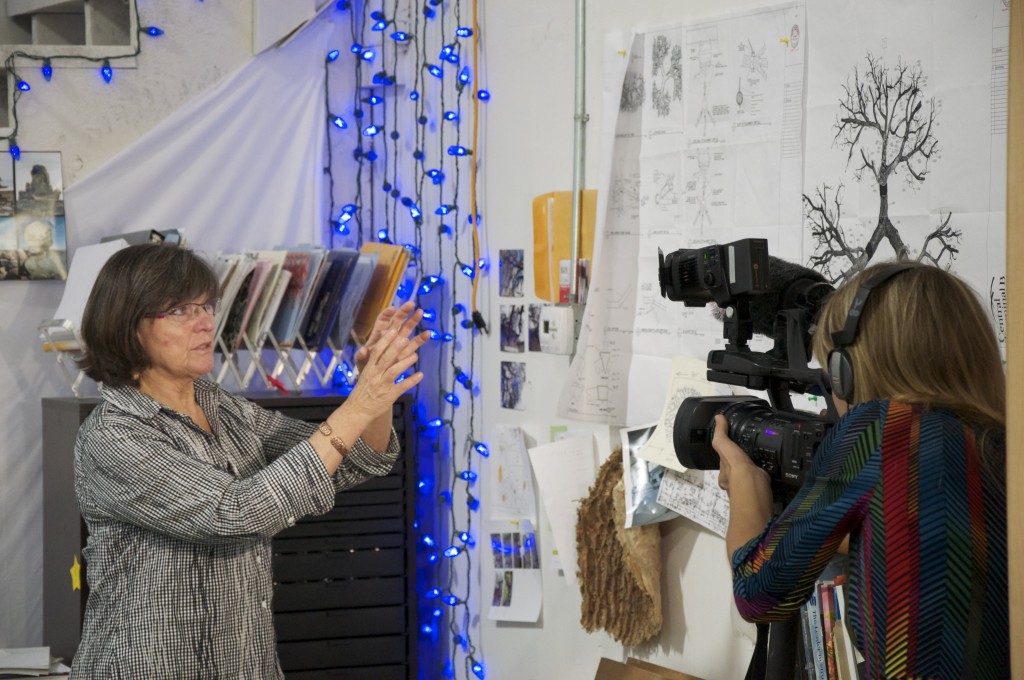 “How do you put creativity into words?”

For artist Jonquil LeMaster, accessing inner creativity is simply a matter of getting
the magic to appear. And she makes it sound easy.

“It’ll happen,” she says. It’s a matter of “just going along, doing the physical process, the
repetitive motion, over and over. It’s in the act of the drawing, shaping, carving, sculpting. Then right in the middle of it, it’ll come to me. Something occurs. If it were a sound or a chord of music, the magic would be a harmonic. All of a sudden, you’re touching something, and it
resonates differently. It shifts.”

Current work in this particular realm of LeMaster magic involves a large tree chandelier for a
client in North Carolina. As she has done since 2007, the artist works with Gabriel Evans, who is the “stunt welder” and electrician on the chandelier projects.

With 35 years of experience, the gifted artist, designer, and fabricator creates unique artistic
installations through Jonquil-Design, formed in 1998. Today, the Portland native’s chandeliers
and sculptures are featured in a variety of public spaces and private homes throughout the
United States. Inspired by nature – especially trees – LeMaster’s unique pieces are serene, and holistically integrated into their surroundings.

These days, that repetitive motion, the carving, is usually in aid of constructing one-of-a-kind
tree chandeliers, themselves magical creations that can be seen in New York’s Grand Central
Terminal, in Sacramento’s International Airport, in wineries and private wine cellars and homes
all over the United States. (Prepare to be dazzled: https://www.jonquil-design.com/ )

Inspiring trees and LeMaster share a lengthy history. In 1982, she was hired as head tree
fabricator for the huge Jungle World project at New York’s Bronx Zoo, charged with creating a
lot of life-size artificial trees. This was a huge team effort with experts in many fields all taking
part. There were designers, botanists, biologists, animal curators, horticulturalists and
construction people from all the trades. One important aim was to create immersion habitats, to encourage captive breeding, as wild animal populations and habitats continue to shrink
worldwide. Replicating natural habitats might help. Trees for four biomes needed to be
recreated, as well as some for ancillary exhibits. There were rules: a tree must be virtually
indestructible, and able to be pressure-washed, as well as cleaned and disinfected. And no
metal leaves!

From scratch, LeMaster’s team developed recipes requiring metal armature, wire mesh,
fiberglass and epoxy. As tree project manager, she would hire, train and manage artists and
technicians, as well as work directly with an army of (mostly male) tradespeople: plumbers,
electricians, welders, and concrete guys. “The people management skills were such a
challenge. It’s always a team effort, really,” she says of the experience. Once she got that in
motion, she was hearing “I wanna make magic, too!” from nearly every tradesperson involved.

The whole Jungle World project took 3 1⁄2 years. At its conclusion, the tapirs, among other
beasts, found the results quite inspirational, to put it delicately.

Clients since the Jungle World adventure have been many, and include private parties, zoos
and museums across the country, as well as the Department of the Interior’s USFW,BLM,NPS, USACE and NFS, among others.

The chandeliers began 14 years ago, when a New York artist was casting about for a fabricator to create a tree sculpture for Grand Central Terminal. Who else could he choose but Jonquil LeMaster, long hailed as Planet Earth’s foremost artificial tree maker?

More than a dozen years and two dozen chandeliers hence, the spectacular sculptures remain “a particular joy” for LeMaster, who continues to revel in the arboreal forms involving light and “the illusion of reality.” Each is striking and serene, holistically integrated into its surroundings. Most radiate with thousands of tiny LED lights that play off hundreds, sometimes thousands, of Swarovsky crystals in diamond-like reflection.

And that magic? LeMaster claims it kicks in right at the moment of each sculpted chandelier’s
conception, as she meets the people “wanting to bring that organic sense to their homes and
workplaces.” She starts each vast, complex project with a question: “Is a particular tree
meaningful to you?” Invariably, the answer is yes.

Thus:
An Austin, Texas, wine cellar has a chandelier that is an entire root mass, declaring
itself roots of an illusionary tree above, one existing long before the house was built around it …

In New Orleans, home to thousands of live oak trees, a family enjoys its LeMaster chandelier,
an uncannily realistic live oak with five major boughs, each representing a family member …

In Sacramento’s International Airport, a tree stretches 30 feet wide and 12 feet tall, blazing over bustling travelers with some 5,000 Swarovski crystals and 3,000 LED lights …

One of LeMaster’s favorite compliments came from a newborn baby, conveyed via his father,
who’d commissioned a chandelier fashioned as Torres Pine for their Malibu home: “He was
entranced by the chandelier at three days old, and now his looking deeply at it is part of our
morning and goodnight ritual every day.”

The stage of TEDxMtHood 2018 will be graced with Jonquil’s exquisite trees, and she will
speak to the magic she finds in her creative process in her talk about “the delight of surprise”. 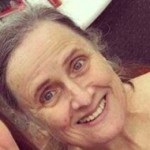 Susan Stanley is an award-winning journalist whose writing has appeared in newspapers and magazines in the U.S. and abroad. She has worked as a newspaper reporter, columnist, editor, travel writer, and is the author of Maternity Ward (William Morrow and St. Martin’s Paperbacks). Impressed? She also wrote the Cliff’s Notes for The Great Gatsby. Susan has a BA in English, and an MA in Textile History/Quilt Studies, both from the University of Nebraska-Lincoln. She lives in Portland with her husband, Sam Hochberg, and Frito, a large and elderly black dog named after a character in her favorite (if all-too-prophetic) movie, Mike Judge’s “Idiocracy.”