— TEDxMtHood is honored to introduce Stephen W. Manning as one of our 2016 speakers. —

In Honduras, a mother of three speaks to her oldest son while buttoning her younger boy’s jacket. “Watch over him,” she says. She doesn’t cry, not yet. “Go now,” she says to them both, “go.” And they do. Her two boys slip out of her hands and, alone, travel from Honduras to Guatemala to Chiapas, Mexico. There, they crawl atop La Bestia, a train heading to the United States.

She comes later to the United States with her daughter, where I meet them before they are to be deported. She tells me that armed men invaded her house, sexually assaulted her before marking her oldest son with the warning: cooperate or die. Or something similar to that; it’s difficult to understand because she is crying. She is scared because she thought her sons were going to die there in Honduras, scared they were going to die on their journey, scared because she is currently imprisoned with her daughter in a U.S. detention facility where she is told they are both going to be deported back to Honduras. She thinks she and her children will die. This is why she cries.

In 2014, mass murders of women and children in three Central American countries created a call to the U.S. for a humanitarian response to those fleeing the violence and seeking safety in the United States under long-standing basic human rights principles. Even though Europe and the Middle East have recently experienced one of the largest migrations of humans fleeing fragile and conflictive societies in modern history, officials in the United States were not prepared to see refugees on their own doorstep, nor to understand what could make a mother send her children unaccompanied for thousands of miles on a train known as “The Beast.” Instead of protection, what these women and children experienced when they arrived at the U.S. border was imprisonment in a secret detention center and immediate deportation. All without a hearing for their human rights claims, and without the public even knowing they had come.

When word leaked about the secret detention center and the mass incarcerations and deportations of the refugee children and women, I was part of a small troupe of lawyers in Oregon that gathered to take action. We decided that instead of passively watching the situation unfold, we would show up – feet on the ground – to do something.

On the long drive to the U.S./Mexico border, it was pin-drop quiet in the van. The first of the deportation centers for refugee children and women was built in the middle of the New Mexico desert hundreds of miles from anything. I remember being quite scared. My heart was in my throat and my head was in my hands. What a foolish thing I have done, I thought. These good advocates in this tiny van were counting on me – they thought I had a plan. If I screwed this up, real people were going to die. My doubt and fear echoed in the silence of the van. It was driving me crazy. It was so quiet it was going to drive us all mad. So I got to work. Everyone, I said, let’s read the books – the law books. Let us read them aloud to each other. I thought – we all thought – that if we could explain the law well enough to the deportation agents, human rights principles would surface and all would be well. After all, it’s the law, right?

The law is clear that the U.S. isn’t supposed to deport refugees to their death or grievous harm. What our little band of lawyers didn’t understand, though, is that we were traveling to a much darker place than we could have imagined.

Our experience working at the epicenter of the refugee crisis at the border between the U.S. and Mexico became a focal point for advocates who began asking fundamental questions about the nature of law, the essence of human rights, and the meaning of transformational change. What we learned surprised us. The questions we had been asking before had been only partially helpful. In order to change how refugees’ asylum pleas are viewed in the future, we slowly and persistently engaged technology, built human-to-human connections, and agreed to think differently from the beginning about what was possible.

What began in a ride from Oregon to New Mexico has taken me and many advocates on a national journey that is rebuilding human rights principles into our laws and society in places that have traditionally scorned them. At TEDxMtHood this June, I look forward to sharing what it looks like to build a crowd-sourced refugee rights strategy and how we deepen our personal experience of being humane in a human-centered world.

Image from Families Behind Barbed Wire by Stephen and Clio Sady. 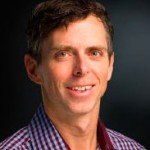 Attorney Stephen W. Manning is a founding partner of Immigrant Law Group PC and the founder and director of the Innovation Law Lab, a non-profit that combines technology and litigation to create next generation activism against mass incarceration of refugees and immigrants. He is an adjunct professor at Lewis & Clark Law School. Stephen has received multiple awards: the 2015 Founders Award for the person who had the most impact on immigration policy, the 2010 Jack Wasserman Memorial Award for Excellence in Immigration Litigation, and is a Bill & Ann Shepard Law Scholar. He is a former Commissioner for the City of Portland’s Human Rights Commission. He is on the Board of Directors of Health Bridges International, a nonprofit supporting developing nation healthcare, and the Northwest Speak Out Project, a nonprofit engaged in community based education on sexual minorities.

In addition to his legal work, Stephen is the author of a mystery novel, Broken Spanish Bones. An accomplished distance runner, climber, open water swimmer, and ski mountaineer, he lives with his husband, James Wilson, in Portland, Oregon, in a home they designed and built.