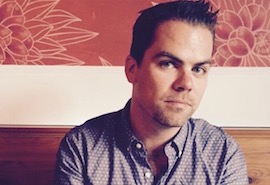 Adam is founding pastor of Christ Church: Portland, an open, active and inclusive faith community established in 2014. In February 2015, Adam and his faith community were kicked out by their evangelical denomination for the inclusion of LGBTQ folks at all levels of church membership, leadership and participation.

After a picture of Adam and his wife at their first Portland Pride parade went viral, he was featured in The Atlantic, The Washington Post, Christian Science Monitor, NPR, and elsewhere, where their story shed light on the growing movement within evangelical congregations in support of full inclusion and marriage equality.

Recently, Adam launched a monthly event at Century Bar called “Public Theology," where they discuss spiritual topics and current events from a progressive angle. Adam and his wife, Sarah, a leader in education reform, welcomed their first child, Desmond, in July.