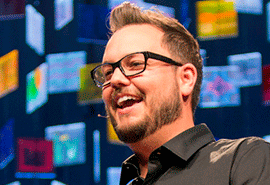 Ryan Saari is pastor of The Oregon Community, a hip, young Portland church. He is also Director of the Oregon Public House—the world’s first non-profit neighborhood pub, where your $5 porter helps feed a hungry family, provide mentorship for local children, build housing or plant trees in and around Portland.

The Oregon Public House began as a conversation among friends looking for a way to do good in their community in an inviting and inclusive way. The group acknowledged that Portland has more nonprofits and brewpubs per capita than any other city in the United States, so rather than creating another nonprofit organization to serve one cause, the idea developed into the first of its kind—a volunteer-operated, socially-responsible business that helps to fund many Portland organizations.