There are incredible people in this world whose ingenuity and velocity are only eclipsed by their selflessness. Dr. Mohammad Khan Kharoti is such an individual. He may seem ordinary, his iPod full of pictures of his family and his shelves filled with books on science and his homeland of Afghanistan, but his actions are what make him extraordinary. Mohammad describes velocity as “pushing good ideas and actions forward,” but it is not just his dedication to the cause, it is his courage and determination to personally make as much change as possible that caught the attention of the TEDxConcordiaUPortland (now known as TEDxMtHood) planning team.

As a nurse in Afghanistan, Mohammad worked alongside Western physicians. Their hard work and devotion inspired his dream to become a doctor himself and to help as many Afghans as possible. Even though the war in 1987 forced him to emigrate from Afghanistan with his family, the dream never died. It remained, like a constant flickering flame, for ten years while Mohammad was in the United States. When he returned to Afghanistan, he saw children removing resin from poppies, their shirts covered with stains and their walk imbued with sleep. They didn’t have an education and Mohammad decided then and there to do something––to propel his velocity into action. After receiving permission from the Taliban, Mohammad opened a school for boys and girls in his parent’s compound in Shin Kalay. Thus began his lifelong passion.

Mohammad’s velocity doesn’t stop with him, though, his idea to harness the velocity of the TEDxConcordiaUPortland (now known as TEDxMtHood) attendees is to bring them along to Afghanistan to see his work first hand, so that the attendees, in his words, can “have transparency, opportunity, peace, education, a bigger world vision, and connection to the rest of the world.” That connection is what fuels the desire to make change in the world through one’s own hands, to forego a bit of selfishness and give to those who are far less fortunate. Thus, a perfect day to Mohammad is not one that is about himself, his idea of a perfect day is one in which where he can inspire students, not only in Afghanistan, but also in America as well, to take full advantages of their opportunities and to help create a better world. A visionary, Mohammad has not only created a path for himself by channeling his velocity into helping some of the most impoverished children in the world, he has also inspired numerous others to do so as well. To have him spread his idea in person at our March 23rd event is an honor. 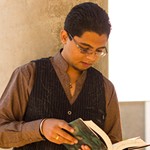 Akash Singh is a 19-year-old student at Concordia University. A true geek and cynic at heart, his heart nevertheless is warmed by Harry Potter, Emma Watson, and Peppermint White Chocolate Mochas. His favorite pastime is to read and write while drinking Butterbeer and exhaling smoke rings. TEDxConcordiaUPortland, for him, represents a brilliant platform. It is an arena in which inspiration flows in such rapid abundance that it is difficult to not get inspired and create something indiscernibly unique that leaves a specific mark on the pages of history. Akash is ecstatic to be part of this incredible experience.