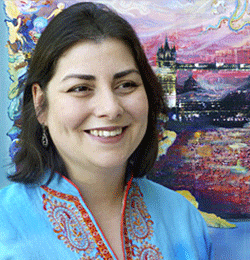 Let’s say you are looking out a window, taking in a beautiful view: a mountain range, a seascape, a city skyline, a country garden. You gaze longingly at it, enjoy it, yearn to be a part of it, maybe even find yourself inspired by it…but you probably don’t think too much about the window itself, without which you wouldn’t see a thing. It’s the window that enables what you see to become part of your life. Sabina Haque thinks a lot about windows. As TEDxMtHood’s Artist in Residence this year, she hopes to make us think about them, too. It’s not just what we see, it’s being able to see anything (and everything!) at all.

An artist of South Asian descent, Sabina received her MFA in Painting from Boston University and currently teaches Fine Arts at Portland State University. Her work, which has been exhibited all over the world, is very much a product of her multi-religious, multi-cultural life. Born in Ohio, growing up in Pakistan, going to a Catholic school, married to an Indian man, with two children (ages 5 & 8) attending a Japanese Immersion school, Sabina has never felt the need to choose just one social-religious-ethnic facet to define herself. Instead, like much of her art, one aspect is overlaid upon another, so they can be experienced simultaneously—multiple windows that, like lenses, sharpen the focus while expanding the view.

Her art piece for TEDxMtHood 2015 is the largest installation she has ever done, and very much an extension of her own immigrant experience. Suspended Islamic lattice screens made from maps of afflicted lands seem to explode outward, serving as physical and metaphorical projections of infinite paths, originating out of conflict yet suggesting hope, renewal, and forgiveness. “We need to create our own humanity,” Sabina explains. “Our survival as humans is dependent on others. We need to see them.” That’s why windows are so significant. Unlike static art they are transformative, revealing things in dynamic motion.

For Sabina, the road less traveled is one that seeks and finds new paths to a deeper understanding of and empathy for others who are different. “In order to repair a relationship we have to give of ourselves in earnest, and create a sense of trust in the process…of giving to the other and letting go simultaneously.” Art imitates life: her life in all its diversity. That’s the way Sabina sees it. “Pakistan, America, and India are the three lines of control that I constantly navigate. I hover above, connecting one place with the other, like a little bridge.”

Or perhaps like a window; open, revealing, beckoning those of us enclosed by walls to come out and play…with each other. 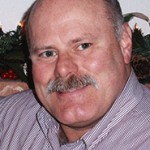