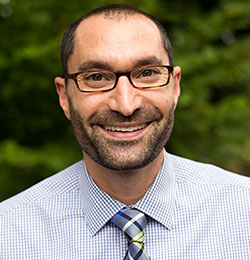 If you’re a lunch-time OPB listener, Dave Miller’s voice is a familiar part of your day. As the host and moderator of Think Out Loud on weekdays, he gets to talk with scientists and senators, writers and ranchers, cooks and cops. His aim is to create a daily space for civil, engaged, and meaningful unscripted conversation by focusing on listening to each other.

Dave knows a thing or two about the power—and the challenge—of listening. He has spent 14 years listening on the radio.

I know, it sounds strange when you pause to consider I’m talking about someone to whom other people listen on the radio.

Dave believes that becoming a better listener could change the world.

It does sound simple, doesn’t it? Stop and listen. Yet, even for someone whose job it is as an interviewer, the task poses a daily challenge.

Listening—giving care and attention to what someone else has to say without thinking ahead to our own next words—and then engaging in meaningful conversation… that is not easy.

We asked Dave to share his interpretation of our theme, Roads Less Traveled:

“At its best, it means not following the herd—not going where everyone else is going. Blazing a path that’s meaningful to you, not to your family or your friends, your critics or your fans. It means trusting an internal compass, not an external guide.

It also means that sometimes you’re going to get lost. But so be it. It can be fun to get lost. Sometimes being lost is more fun than ending up where you were planning to go. (But bring water.)”

Perhaps it’s hard to fight human nature. We want to be heard. We have something to say.  We want to find something in common—or not!—with another person.

In keeping with our theme, listening more could be considered one of those less-traveled roads. We invite you to explore this idea with Dave Miller at TEDxMtHood on May 2nd. Tickets go on sale February 9th!

Dave Miller, in his own words: 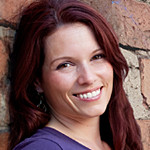