Stepping into a neuroimaging laboratory can seem like an intimidating venture. You might expect to see a series of sterile, gray benchtops with men in white lab coats hovering over something science-y. 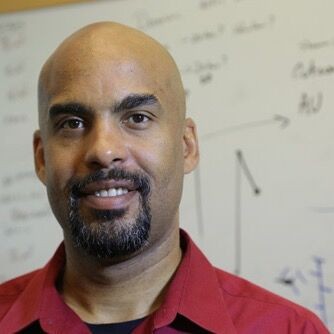 However, as the door closes behind you, the first visual stimulus that hits your cortex is a stuffed animal; today it’s a frog sitting atop the filing cabinet. Laughter bellows out of Damien’s office around the corner. You’ll notice diversity in action as employees, students, and volunteers work together to understand the roots of various mental health disorders. It’s not lost on the informed observer that this is not the norm for lab environments.

One such observer was Dr. John Hunter, OHSU’s School of Medicine Interim Dean. During this year’s State of the School Address he shared a video, introducing the lab, that gave the audience a chuckle. He said, “The Fair Lab shows us why our values of diversity and inclusion are worth fighting for.” Assumptions of what a neuroimaging lab might look like start to transform. This collaborative environment uses the collective knowledge, education, and expertise of its members, continues to generate new discoveries, and it looks like a blast.

Damien tackles assumptions about how a disorder develops or what it means for the affected. When trying to understand disorders like ADHD or Autism, we assume that everyone has the disorder for the same reason or mechanism. However, it’s very likely that disorders, that look similar behaviorally or diagnostically, are actually a cluster of disorders. To really understand the different brain profiles that might lead to ADHD, Autism, or any other mental health disorders, the lab studies brain development in children who don’t have mental illness. It turns out that there are multiple paths to typical development.

In 2013, Damien was granted a presidential award for his work in studying the developing brain by former President Barack Obama who stated, “The impressive achievement of these early-stage scientists and engineers are promising indicators of even greater successes ahead. We are grateful for their commitment to generating the scientific and technical advancements that will ensure America’s global leadership for many years to come.”

Damien continues to engage the community through his lab by running a program called Youth Engaged in Science (YES!) that exposes underrepresented students to science, research, and STEM-related careers. Middle-, high-school students, and their families receive science education through mentorship and hands-on experience. YES! aims to bridge the gaps in educational and health equity between OHSU and the Portland community at large.

~~TEDxMtHood is honored to welcome Damien Fair to the stage this October 7th! Join us to see him share his idea worth spreading live.~~ 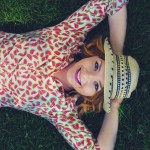 Alina Goncharova is a community servant, science buff, and adventurer who works as a research assistant in the Developmental Cognition and Neuroimaging Lab at OHSU. She values evidence-based practice not only in science but also in philanthropy and policy. Her family moved to Portland, OR on refugee status in 1992; it’s the assistance they received that inspires her community involvement. When she’s not in the lab she can be found outdoors—probably getting a sunburn or sprain—or at home with an icepack and good book.