Are We All Toast? Preparing for “The Really Big One” by Chris Goldfinger
Category: 2016 Event, Speaker Announcements

— TEDxMtHood is honored to introduce Chris Goldfinger as one of our 2016 speakers. —

I wondered why a crowd of New Yorkers would be interested in earthquakes. Several hundred gathered last October to hear a panel discuss “The Really Big One,” a New Yorker article about the Pacific Northwest that went viral after revealing to many what we geologists have known for a long time.

We were the warm-up acts for the “real stars” of the New Yorker Festival: Billy Joel, Norman Lear and the like… So I asked the crowd to imagine that someone came on the evening news one day and reported the discovery of a new, very large fault, a subduction zone that ran from Virginia to Newfoundland, generating magnitude 9 earthquakes on a regular basis, and would soon destroy New York.

Well, that exact scenario is not going to happen, but it did happen in the Northwest. It wasn’t a sudden thing, the news of this has been dribbling out over 30 years, so when the New Yorker article came out, I expected nothing to happen really. 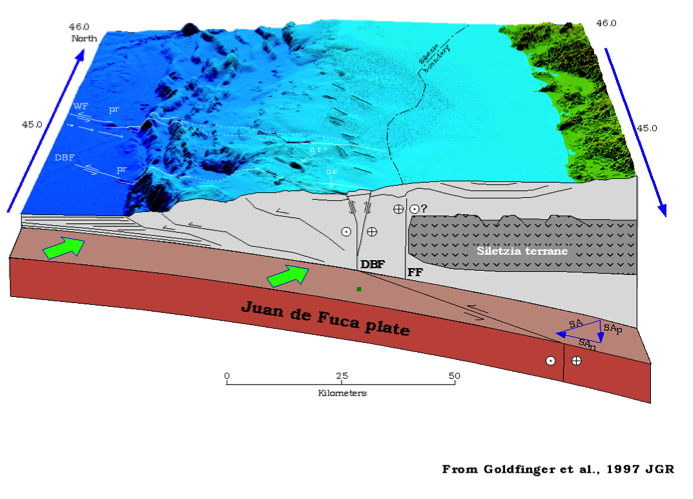 But, instead, the story went viral and revealed something startling and new to the country, and even to a lot of Northwesterners – all of whom I was pretty sure had heard this information before. After all, it had been the subject of numerous documentaries, and tons of print and television news stories. And really, to west coast-centric me, the New Yorker was just a magazine with not-very-funny cartoons that piled up in dentists’ offices.

But what the article revealed was not not-new information, but rather that the story was not well known at all.

My inbox filled up with hundreds of emails from people all around the region, wondering if they would be “toast” living west of I-5, wondering if a tsunami would come up the Columbia to destroy Portland, and even wondering if one would come over the coast range and “get” Medford. Really, I’m not making this up. Not that we’re not in a tough spot: we are. But what is the reality?

The geologic records of previous earthquakes now stretches back ~ 10,000 years making Cascadia as we call it, the best-known fault on Earth. We can’t know when the next earthquake will come.

I think we’re collectively still blinking and hoping we heard something wrong. But the evidence is now about as airtight as it gets, so what to do? We have an opportunity to prepare for this and save lives. Will we learn from others and from the past and do it right?

This is what I’m going to talk about at TEDxMtHood this June: the seriousness of The Big One, and how we can all be prepared when it hits. 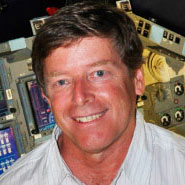