— TEDxMtHood is honored to introduce Bill Deresiewicz as one of our 2016 speakers. —

I wrote a book a couple of years ago about elite education in the United States. The book came out of my experiences as a teacher and student in the Ivy League: college at Columbia; a PhD in English at the same institution, including five years as a graduate instructor; and 10 years on the faculty at Yale.

The book was called Excellent Sheep. (The phrase had popped out of the mouth of one of my students, at a moment of dawning self-recognition, during class one day.) Students who succeed in the system—the ones who jump through all the hoops and make it to the most prestigious schools—are “excellent,” for sure. They are excellent, not at thinking, necessarily, but at being students: acing tests and doing their extracurriculars and generally giving the grown-ups what they want. But by the same token—and this is the sad part—they are also all too often “sheep”: people who follow the herd into the same few professions because they have no idea how to figure out what they want to do with their lives. They are still waiting for someone to tell them. 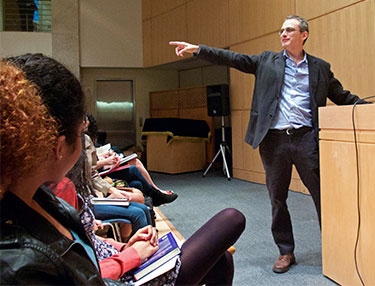 The book received a lot of blowback, as you can imagine. Students were reluctant to see themselves in my description. Colleges didn’t want to acknowledge that there may be a problem with the way they run the system. But other people felt that I was on to something. The truth is, there’s a growing discontent with what we put our high school students through these days, not just in upper-middle-class communities but across the country: the pressure, the high-stakes testing, the sense that the education we are offering kids is more and more mechanical and less and less meaningful.

But there were other criticisms that were harder to answer. I talked in the book about what education, especially a college education, should be: how it should help you learn to think about the world and about yourself, and how for that you need more than technical or vocational training. You need what we used to call a liberal education, an education that addresses you as a complete person and that is best conducted through the study of literature, philosophy, history, religion, and the other humanities.

A lot of people said, that all sounds great, but who has time for that? More to the point, who has money for that? If I’m taking out $30,000 in student loans, how can I afford to study the liberal arts? Isn’t that really just a luxury for the rich? At a time of continued budget cuts in higher education, a lot of politicians are saying the same thing. Marco Rubio has said that we need welders, not philosophers. Matt Bevin, the governor of Kentucky, has said that we need engineers, not French majors. And it isn’t just Republicans. Barack Obama has said that we need people to go into skilled manufacturing, not major in art history.

So all this has forced me to think even more about what our educational system is for—for the people who go through it, and for the society they’re going to enter. What does it mean to live in a country where the rich get to study philosophy and art and everybody else has to hurry up and learn a trade? Are these things just a luxury, or is there a deeper reason why the privileged want to keep them for themselves? The term “liberal arts” derives from the idea that a liberal education is the appropriate preparation for free individuals. That is what I’m going to talk about at TEDx: the political importance of the liberal arts, their role in keeping us free, their potential to empower the very groups who supposedly don’t have any use for them. 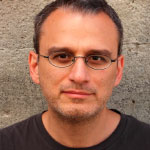