Announcing the Third Round of Speakers for TEDxConcordiaUPortland 2012: A Communicatrix and a Dance-Artist
Category: 2012 Event, News, Speaker Announcements

Hello again! We’re back at it with new speaker announcements. At this point you’ve jubilantly jumped and raucously rolled (Yeah!). Now you’ll beatifically beam as you learn about the next two speakers we’re adding to our extraordinary roster. We can’t wait to hear our speakers share and reveal things that the audience will remember forever. The planning team chose each speaker with great care and deliberation and they are all superlative examples of this year’s theme, Becoming Extraordinary. Without further ado, we’re pleased to announce two more speakers who will appear on stage at TEDxConcordiaUPortland (now known as TEDxMtHood) 2012 Colleen Wainwright 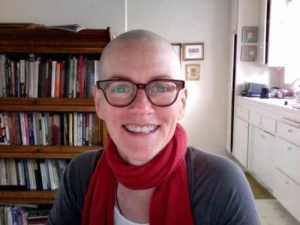 Strokes of genius happen to normal people too. In fact, no one becomes extraordinary without having first been rather ordinary. This little known fact may be part of what makes Colleen Wainwright so successfully accessible. A self proclaimed “communicatrix,” Colleen used her social media and attention attracting talents to raise $50,000 in just 50 days for the LosAngeles based non-profit for high school girls, Writegirl. Colleen is honored to be among the extraordinary as a featured speaker at TEDxConcordiaUPortland (now known as TEDxMtHood), but that’s not to say that she’s jumping at the prospect of veneration. “I am extremely uncomfortable with being described as ‘extraordinary.’ I am absolutely a regular, normal person who was able to accomplish one extraordinary thing—and with the help of a lot of other people.”That’s not to say she’s not honored. In fact, she says she’s grateful to be in the company of so many speakers who she thinks are rather extraordinary. Wit and humor are the most praised weapons in her arsenal and they’ve been sharpened by ten years of writing award-winning TV copy for brands like Wheaties©, Gatorade© and Jell-O©. After another ten years of acting in ads, Colleen decided to channel her creative talents into helping other blossoming talent come to full-fledged fruition. Those who’ve become extraordinary, even those who’ve done it with the help of many other people,  know they are never actually finished; it’s a semi-complete state of unending goal tweaking. The uncannily self aware Colleen recognizes a need for future endeavors, not just to publish hilarious Broadway musicals that “raise public awareness about chronic health conditions”, but also to “get the sum total of her life’s lessons down in some portable, easy-to-consume (i.e., funny and useful) form so that what I’ve learned can be passed on.”As an overarching life goal, she’d like “to erase fear in myself and hopefully, replace it with love”–and I don’t think there is a better formula for acceptance. On March 31st TEDxsters will all have the chance to admire and follow such a radiant example of connectivity. Linda K. Johnson 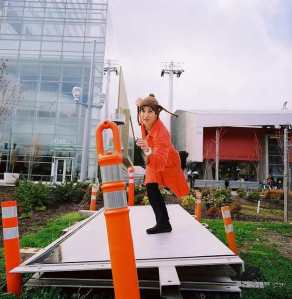 It’s often said that it’s unfair for any one person to determine the quality of art. That’s why critics hold a dubious position in society, as the arbiters of what they think is lacking and what is praise worthy. The one advantage critics have on the rest of us is a trained eye, and Linda K. Johnson is no stranger to having that eye trained on her. In fact, as a dance-artist performer, Linda has received serious critical reviews from many venues including Metropolis Magazine, NPR, Dance Magazine and Landscape Architecture. In an age of specialization and focus, Linda’s creative, interdisciplinary approach to dance has led her to infuse her passions of social and environmental justice in unconventional ways. Linda deeply regards the creative process as a sacred and integral aspect of producing the best quality work that one can. “For me, the most extraordinary place in the world is right where I am in each moment,” says Johnson, “Anything else is a distraction from fully showing up wherever I happen to be.” Completely present minds are hard to find, and Linda’s work as a dancer requires a rich focus that’s only afforded by a significant period of self reflection. When asked what she would ask TEDxsters to do if she had their full attention and their sincere will to cooperate, she said, “I would ask each individual to carve out a one hour block of time each day for 3 months just for themselves.” Rather than plant a great idea in your head, Linda would have you reflect on your life and take time for yourself so that your great ideas may bud and flourish. Linda is a prime example of what change can be facilitated when someone combines the great ideas they naturally have with the self awareness it takes to ignite a driving, forceful passion. “The kind of inner quietude and self-knowing that this kind of time encourages is really what our civilization needs.  Currently, we have too much activity and too little self-reflection.”  Reflect on that until you’re here in person to see her perform on March 31st. An exciting group of speakers to be sure! Our next group of speakers will be announced here next Saturday, February 11th  by Hunter Brookshier Hunter is a Communications and German major at Portland State University. He has always been interested in stories; how they’re told, who’s telling them, what the person telling them has experienced that makes them tell such a story. These are all fascinating questions to Hunter. Sometimes stories recount the facts, other times they exist only in the fragile framework of an idea. Many times, more often then not, stories are interesting, and occasionally, they’re all we dwell on for days and weeks and months after experiencing them. That’s why Hunter loves TED. It’s an organization that tells stories through the age old venue of public speech. TED is more than the sum of its parts. This isn’t an ad for TED, but really, why shouldn’t it be? TED connects brilliant minds, and tells the most interesting true stories in the world. Hunter is proud to be a part of TEDxConcordiaUPortland (now known as TEDxMtHood), and here he will continue to learn and grow.