Announcing Our Next Round of TEDxConcordiaUPortland 2012 Speakers: A Day-Seizer and a Roadie
Category: 2012 Event, News, Speaker Announcements

Has it been a week already? March 31st is getting closer and closer! We’re still beaming beatifically from last week’s announcements (after jubilantly jumping and raucously rolling). This week we’re throwing the alliteration aside (except right there) because the following speakers are simply awesome! We can’t wait to hear them share and reveal things that the audience will remember forever. The planning team chose each speaker with great care and deliberation and they are all marvelous examples of this year’s theme, Becoming Extraordinary. Without further ado, we’re pleased to announce two more speakers who will appear on stage at TEDxConcordiaUPortland (now known as TEDxMtHood) 2012. Ethan Knight 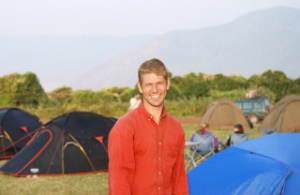 Ethan Knight, executive director and founder of Carpe Diem, would gladly admit that college wasn’t for him—at first. During his freshman year, he realized that he wasn’t being fulfilled in a meaningful way. This wouldn’t do. A self-professed “meaning-junkie,” he needed the type of visceral, real-live, heartfelt interactions that couldn’t be found in the classroom. So he decided instead to take a “gap year.” He traveled and trekked through India, Nepal, Tibet and Thailand; he meditated, volunteered, and found his passion while wringing all of the meaning out of this transformative experience. When he returned, school made sense. He graduated with a dual degree in English and Philosophy and a minor in Environmental Science. Inspired by his own experiential education and all that he learned from it, he began working for programs that helped high school students experience “gap years” of their own. In 2007, Ethan founded Carpe Diem, a non-profit company whose mission is to help students experience a “gap year” of their own. The company has grown to include programs all over the world, and they’ve also partnered with Portland State University so students can earn college credit during their experiences. In 2009 Ethan founded International Carpe Diem Foundation, which helps students from low-income families with scholarships for experiential education. Right now, he’s in the midst of forming an Association for Gap Year providers, “something that will further empower the students we work with to get information, collect data, and of course create a set of standards that the entire industry can benefit from.” Ethan believes in the power of education (given the time and money, he’d even go back to school—to study astrophysics!), but he also believes that it’s meaningless without passion. “Passion is a better predictor of success than IQ will ever be.” Taylor Adam Swift 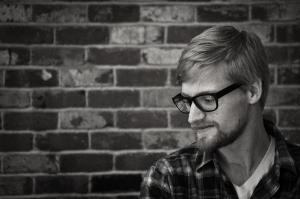 Let’s get one thing straight. Taylor Swift is not a pop star. He’s not even a singer, at least not professionally. In fact, Taylor wouldn’t even go so far as to say that he’s extraordinary, though he’s had plenty of extraordinary opportunities. As is the case with these things, one such opportunity came about entirely by chance. After a bad auto accident landed Taylor in physical therapy, he found that he couldn’t pursue his calling as a photographer. What drew him to photography were the stories that he could tell, but he soon heard another story that captured his interest. A friend told him about Invisible Children, a non-profit organization that grew out of a documentary film about child soldiers in Africa. They had one spot left to fill. Taylor applied, interviewed, and in less than a week was working as a “roadie,” giving presentations in Texas, Lousiana and the Pacific Northwest. In the span of one year he presented over 170 times to crowds that ranged from 15 to 2000. The experience was incredible, but what struck him most was how Invisible Children’s stories forced people to stand up for justice and to stand up for people who lived on the other side of the world. He realized that you have to see the world from a different perspective in order to do this, and you have to believe in more than just yourself. At some point along the way, Taylor returned to photography and he hopes to use his skills to help conserve our public lands. He also remains open to new experiences and new extraordinary opportunities like the ones he’s had. He knows there are still stories to tell, and he wants to help tell them. Without a doubt this is another exciting group of speakers! Look for our next group to be announced next Saturday, February 18th